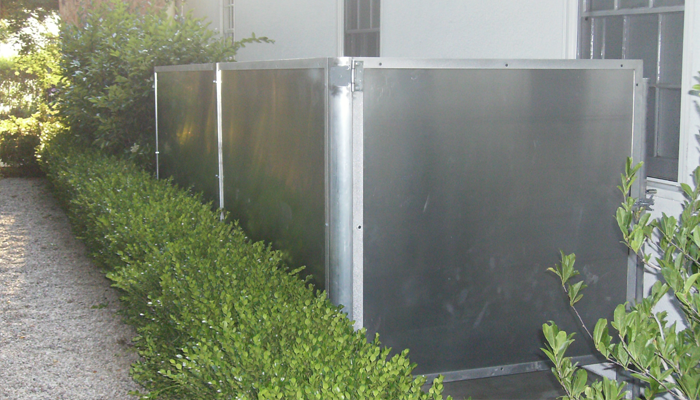 Things you need to know. There are several types of air conditioners, each presents different problems regarding quieting, but generally most have some things in common.

Compressors make more noise than fans and when near worn out can be very difficult to quiet down. Replacement is the only option.

Fan blades can make a lot of noise if coated with dirt through long use and can become imbalanced, causing bearings to go bad, adding to noise levels. Cleaning them can not only reduce sound, but add years to their lives.

Sometimes it’s cheaper to replace a whole unit than it is to remodel against the noise.

Stokes law of sound attenuation is a formula for the attenuation of sound, such as water or air, due to the fluid’s viscosity. It states that the amplitude of a plane wave decreases exponentially with distance traveled, at a rate given.

That said, at Nicholas Aire Systems we use this philosophy in every project we take on. Whether its for a noisy residential system or a recording studio’s sound room. 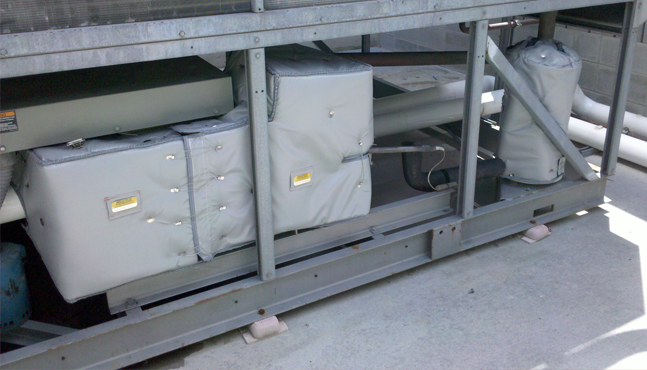 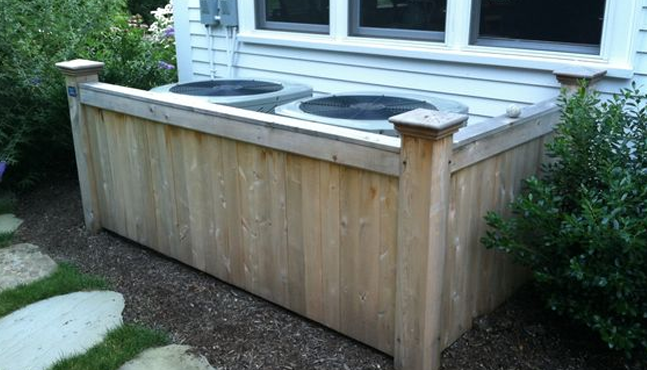 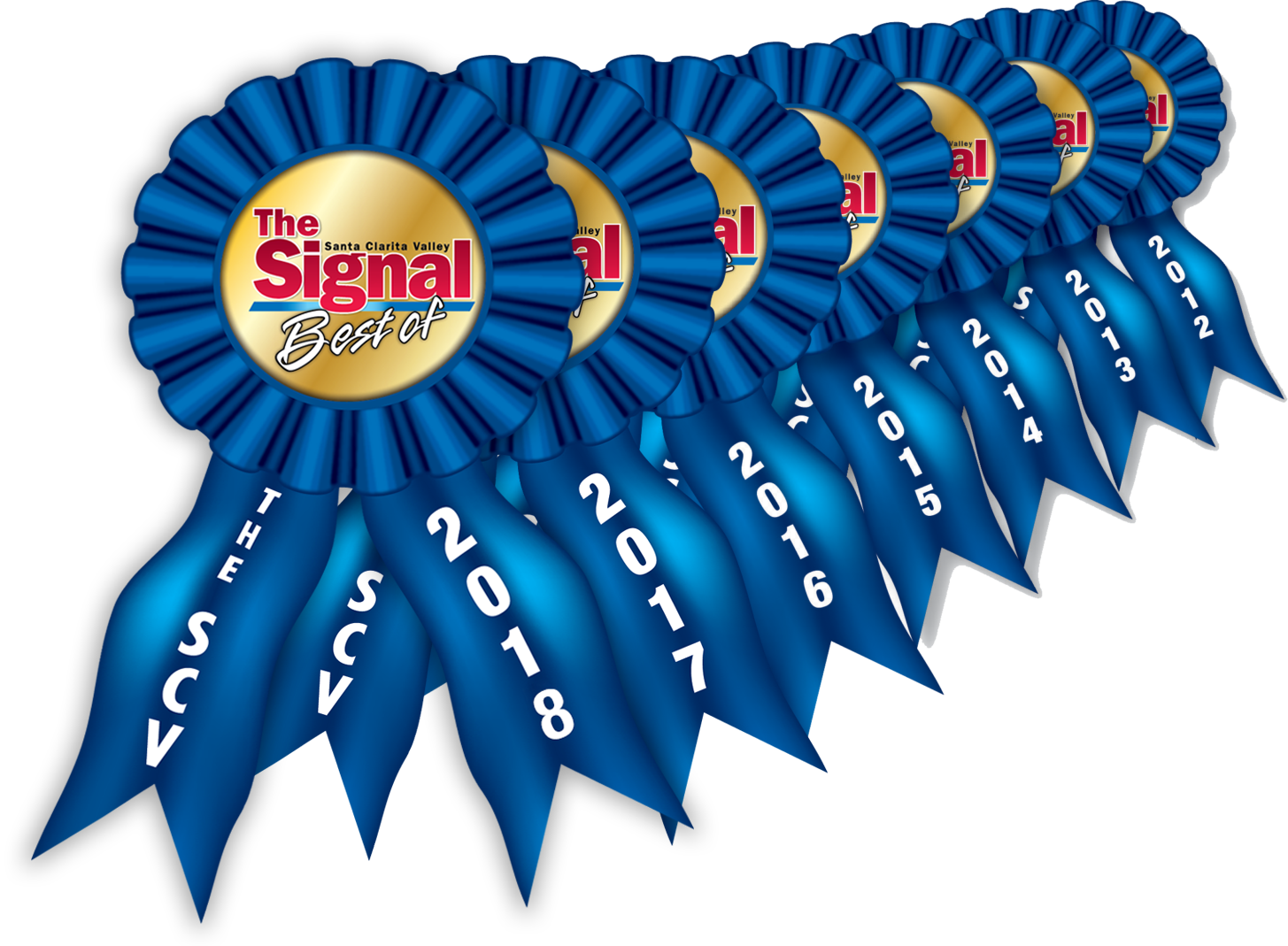